Shaping our Mind and Brain with Experience

The last two decades have produced more research on the brain and more new brain technologies than all the discoveries of the past. Current research shows the brain is physically shaped by the interaction among genes, the environment and experience. The debate about whether a child’s brain is shaped by genes(nature) or by experience(nurture) is over. “It’s both. And the truth is in the interaction,” said neuroscientist Judy Cameron, a member of the National Scientific Council on the Developing Child (NSCDC), in the perspective “Stress, Neural Systems, and Genetic Code.” (2006) The NSCDC says, “The brain is composed of billions of highly integrated sets of neural circuits (i.e., connections among brain cells) that are ‘wired’ under the interactive influences of genetics, environment and experience.” (2007 Report) While brain circuits shaped through early experiences retain “plasticity” and “may adapt their architecture, at least partially, to experience in adulthood,” later interventions are less effective, less efficient and more expensive “than getting things right the first time,” says NSCDC. (2008 Report) One can view a short video clip explaining how the brain works here.

In other words, experiences in the early stages of our lives seem to build a basic framework of our neural circuits where later experiences in life will be built upon with some flexibility(neuro plasticity) to make adjustments or improvements but with less effectiveness. This basic framework in my postulation would be habitual neural pathways that the brain would take in the flow of energy that is strongly influenced by the frequency of repetition that creates an auto response system without the need to think or direct the flow of energy. Included in this basic framework would be fundamental reasoning and beliefs of our human mind that have a tendency to repeat itself each time the brain processes the same inflow of familiar information that results in similar auto responses of our thinking and behavior. For this reason, the process of 'thinking about our habitual thinking' is necessary if one has a desire to change one's habits or to have a better control of our thoughts and actions.

From the research via brain scans, scientists are able to correlate patterns of neural firing with specific mental functions of our brain. This is possible as neural activity increases oxygen usage and an increase flow of blood to certain parts of the brain implies neurons are firing there. So by performing different tasks like focusing attention or recalling past events and even the experience of feeling pain will show different areas of the brain 'lighting up'. Some doctors such as Daniel Gregory Amen, a celebrity doctor and his public talk emphasize the importance of doing these brain scans. He sees it as a vital procedure for any doctor to be able to see the brain of a patient having a psychiatric problem instead of just administering drugs or carrying out therapeutic analysis and treatment without scanning the brain.

It is expedient to point out the relationship between the mind and the brain. While it is clear that the brain is a physical organ of the body that is part of its central nervous system located in the skull,  the location of the mind is more subjective and is regarded more as a process that thinks, reasons, feels, judges etc. Daniel J. Siegel, M.D., a clinical professor of psychiatry at the UCLA School of Medicine in his book entitled Mindsight has this definition, "The human mind is a relational and embodied process that regulates the flow of energy and information." He further elaborates, "One of the key practical lessons of modern neuroscience is that the power to direct our attention has within it the power to shape our brain's firing patterns..... While the physical property of neuron firing is correlated with the subjective experience we call mental activity, no one knows exactly how this actually occurs. But keep this in the front of your mind: Mental activity stimulates brain firing as much as brain firing creates mental activity."

In my earlier post where I had shared my experience on faith versus fear, I had highlighted the point that decisive action that generates experience can generate positive states of mind based on what I called the connectivity concept of life. It appears that my observation or belief is well supported by the latest findings in neuroscience. I would like to further comment that these experiences become stored memories in our brain but what is stored often times is not objectively a perfect recording of what exactly happened but has gone through some interpretation that gives it a certain feeling and meaning in our lives for future recall. Some of these experiences become more deeply rooted in our lives that they can be said to become our beliefs that actually further influence our interpretation of future experiences.

The key words in shaping our Mind and Brain can therefore be highlighted as INTERPRETATION and BELIEF. We all can share a similar experience but we can have a different interpretation of the experience. The interpretation of those experiences that are repeated often enough or have a stronger impact in our lives can become our beliefs. Once it is deep rooted in us as part of our belief system, our behavior tends to be influenced by those beliefs. They become what the world calls values in our life. From these values, the human mind is able to create sets of principles that govern human behavior. Mankind is encouraged to live a principle-centered life.

Principles and Values are powerful factors that influence the decisions we make in life. It is interesting to note that the interpretation of new experiences by the Mind and Brain also tend to be influenced by our beliefs, notably the principles and values we hold. For example, if our belief is that adversity is good for us and helps us become stronger, each time we experience adversity, we react more positively to it. The process seems almost automatic that requires no further interpretation of the adverse experience when we have a strong positive belief about adversity. We just have a positive feeling despite the negative consequences that are occurring at the time of adversity! That is how powerful our beliefs are in shaping our Mind and Brain to determine how we will experience reality.

My perceptions, actions, and reflections of my life related to my Mind and Brain according to my own interpretation and beliefs are shared in a special web page here.(for PC view only.) As a former missionary for our Church, I have learned to be respectful to the traditional beliefs of others while sharing new knowledge with those who chose to hear me out. I have learned that old beliefs can change not only in the context of religion but in the way decisions are made in life that involves work groups, family groups or volunteer groups and organizations, all of which I have hands-on experience with especially in advocating modern management methodology and technology, all except political groups. The political world is something I must admit I have only been starting to become more aware of as I grew up in a country where my family life, my education life, my work life or Church life had no political inclinations. The country is changing as it advances over time as a democratic constituency and so I am only lately starting to gather more information through the internet that was once not available through local newspapers as news from the local press are heavily censored or biased when political information is involved.

Politics is classified as a system of the Mind and does involve also emotions from the Heart when passion is shown. There may be some with a strong spiritual inclination to serve the community for humanitarian sake but with the recent cries of accusation concerning corruption and money politics, the problems seem to hover in the realm of the Mind of Man! Note at my web page,(for PC view only) in my thoughts on the Body, Mind, and Spirit,(for Smart Phone view) I have summarized any system is usually devised by the Mind including Money and Politics. Is it not surprising that the two seem very compatible in nature? Is it a wonder why a great number of people who are not political nor in big time businesses but care for their families(Heart) or freedom of beliefs(Spirit), who were not so concerned about local politics previously seem to be coming out more today to express their views? These new groups may be classified as political though they are not necessarily so.  More about this in another future post. 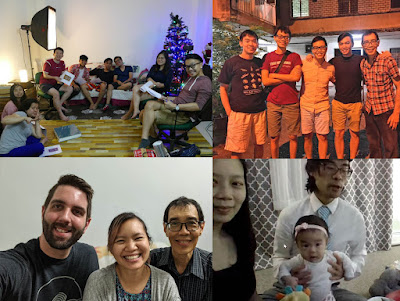 Before start of Pandemic lockdown Malaysia that began on 18 March 2020   The above photos were all taken at Blue Boy Mansion except the bottom right as my 2nd daughter was expecting her 2nd child and did not fly the distance from US. The the 3 pics were taken within a couple of months before the Pandemic hit the whole country not forgetting the world! My 2nd grand daughter is seen in the photo taken after she was born in April of 2020. The borders soon all became closed and I would lose physical contact with my close family members. How did I feel in my heart, mind and soul? In the period of less than two years since the lockdown, strangely I considered myself to be in the busiest time of my life! Why so? Listen to this latest online opportunity I had to express myself. I spoke from my heart mainly as my mind was fuzzy about years or figures. It was an impromptu dialogue, not a prepared speech. I was fully 'Interacting' with the host, highlighting the power of 'Interaction
Read more